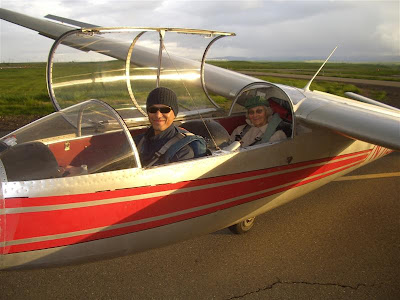 Ananth Racherla is the newest member to join NCSA.

I am certainly having a great time flying with NCSA. Flying has been a
lifelong dream for me. Back in India about 10 to 15 years ago it was a
big deal just to fly a commercial airline as a passenger. So I certainly
have come a long way and the romance has only strengthened.

Prior to joining NCSA, I have had a little bit of experience flying
ultralights out of Turlock. I used to live a short distance from Bryon
and would see gliders in the air driving down the Byron highway on my
motorcycle. So I just goOgled for Byron airport and thus found out
about NCSA. There is something very intriguing about being able to soar
without power and thats why I am here.

Besides flying, I am an avid video gamer and work as a software engineer
at a video games company.

Finally, I might be the only vegetarian in the Club :) So just like to
remind everyone, esp the food committee, to keep me in mind when
organizing all future club lunches. :)
No comments: 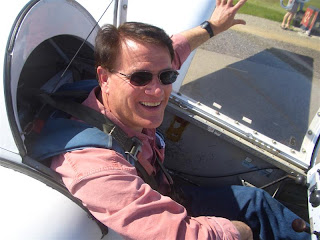 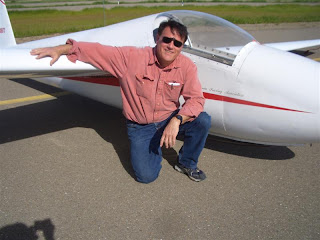 John Scott was born and raised in San Francisco, went to UC Davis to become
a Mechanical Engineer and has been working at Lawrence Livermore for the
past 30 years. At present he is the Facility Manager for the Lab's High
Explosives Applications Facility. John originally learned to fly as a
member of the Cal Aggie Flyers while a student at Davis. He resumed the
sport after a 26-year hiatus and purchased a Piper Cherokee 180 as birthday
present to himself. John and his wife (Diane) live in Concord and the plane
at Buchanan Field. This Christmas, while vacationing in Tucson with
relatives, John was able to slip away for 5 days to get his Glider add-on
endorsement at Arizona Soaring (Estrella Sailport). Since then, he has
joined not only NCSA but also NSA (Air Sailing, NV), a location he has yet
to visit in person. He is already signed up for Thermaling Camp in June.
John and Diane enjoy weekend trips in the Cherokee which will now include
Truckee and Air Sailing. "Sorta sounds like I'm hooked, doesn't it?" Yes
John it does. In Byron,John soloed an L-13 and '972'. Welcome to NCSA.
No comments: