Maya Moore is another student pilot who joined NCSA this summer. She writes a little about herself and the passion which unites us. 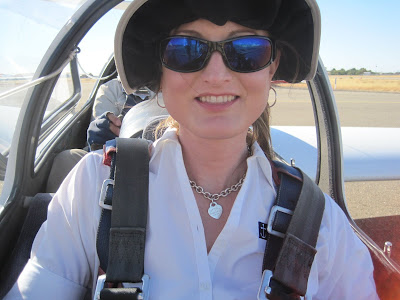 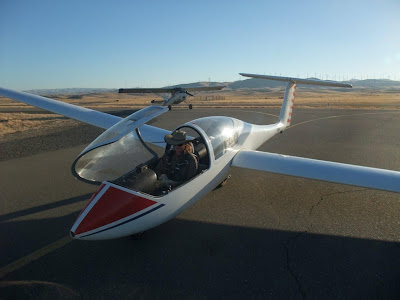 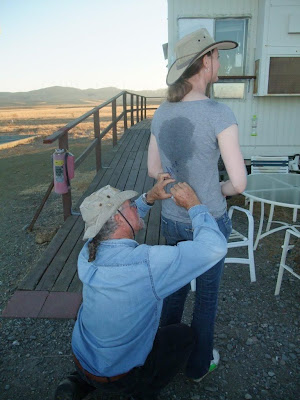 Monique asked me to write a bit to introduce myself to club members and
to share some insight into my flying and soloing experience at NCSA.
I've always had an interest and passion for aviation beginning as a
child. Growing up in South Carolina in the foothills of the Appalachian
Mountains, I was first lured to flying by an old Cherokee farmer who
flew a J-3 Clipped Wing Cub from his nearby horse pasture.
My first flight in his plane included several loops, rolls, and other
acrobatic manoeuvres. After the flight I think it was assumed that I
would be sick; however, I said that the only surprise was the dirt/grit
from the floor of the plane which fell against my face as we flew
inverted. After lunch and several hotdogs later I went back up and had
just as much fun as the first time.
My passion for flying was realized by the old farmer and some of his
pilot friends and they agreed to take me to the local airport to begin
flight instruction. Unfortunately, my mother who was very closed minded
and controlling learned of our plan, and harshly scolded the farmer.
Years later I learned that the old farmer had once taught someone to fly
who went on to fly professionally to inspect power lines from the air.
Unfortunately, the person later died in a crash, and the family of the
pilot had very negative words with the old farmer. As a result, my
mother's harsh words quickly put an end to my childhood flying lessons.
For the years after that, I built a career working in engineering roles
across the manufacturing, fabrication, and construction industries.
After moving to the SF Bay Area and meeting some pilots I decided to
accomplish my dream to fly. As I returned to aviation, I attended a
local pilot's club meeting where I had the unexpected and exciting
opportunity to hear Monique speak of her adventures with Soaring and the
NCSA. As I continued my flight training I became determined to learn to
fly gliders along with power, as I felt the experience would make me a
much more competent pilot.
On of the unexpected things I've encountered with gliding, is a unique
community that is abundant with passion, generosity, and support. It
seems to me that many glider pilots are the unique folks in life who
realize that a rewarding journey far outweighs the destination. As a
result I've found that I really enjoy the community that surrounds the
sport at NCSA, as well as Truckee where many other local and
international glider pilots converge each summer to share stories,
knowledge, and companionship.
I've always felt a little different. I tend to follow the beat of my
own drum, and I find that many other pilots do too. One of the most
rewarding things about flying is that we pilots are responsible for most
all of the resulting outcome. Many times I feel frustration at the
world around me in systems or groups where performance is second to
political positioning. In the words of Albert Einstein, "The intuitive
mind is a sacred gift and the rational mind is a faithful servant. We
have created a society that honours the servant and has forgotten the
gift." Fortunately, I feel free from society's confines when flying.
Performance is everything. Your outcome is directly based on your
efforts, skills, and abilities.
One thing I like about the NCSA gliding community is that although we
come from different backgrounds, experiences, and beliefs, all of that
is set aside to obtain collective and individual advancement in a
passion that we strongly believe in. It seems many members are
engineers, scientists, entrepreneurs, and other stimulating people.
I've always been a sort of enigma to many people. I enjoy exploring the
world, science, history, and adventure.
In regards to soloing, I just kept working with various instructors and
did it. I was nervous before, and questioned if I was really ready, but
when I actually did it I felt very comfortable and ready. I think the
instructors were ready to send me up before I actually went, but the
time that I flew prior to solo the wind was too strong. On the day I
soloed, Buzz put me through a serious of challenging situations
including simulated rope breaks, and non-standard changes to patterns
and runways to simulate emergency situations. It was actually pretty
fun, and made us both confident that I was ready to fly solo. He also
stressed the importance of maintaining an awareness of the airport
operations and pattern traffic while flying in and out of Byron. This
paid off on my second solo flight as I realized on my turn from 45 to
downwind that the tow plane and skydiver elevator were positioned in
pattern as well. I radioed that I would extend my downwind so they
could land first and we all landed contentedly.
In conclusion, I'm very grateful to fly with the NCSA, and participate
in the learning based culture associated with it. At NCSA, one doesn't
just pay to learn to fly; you instead join a culture of like minded
enthusiasts who share experience.