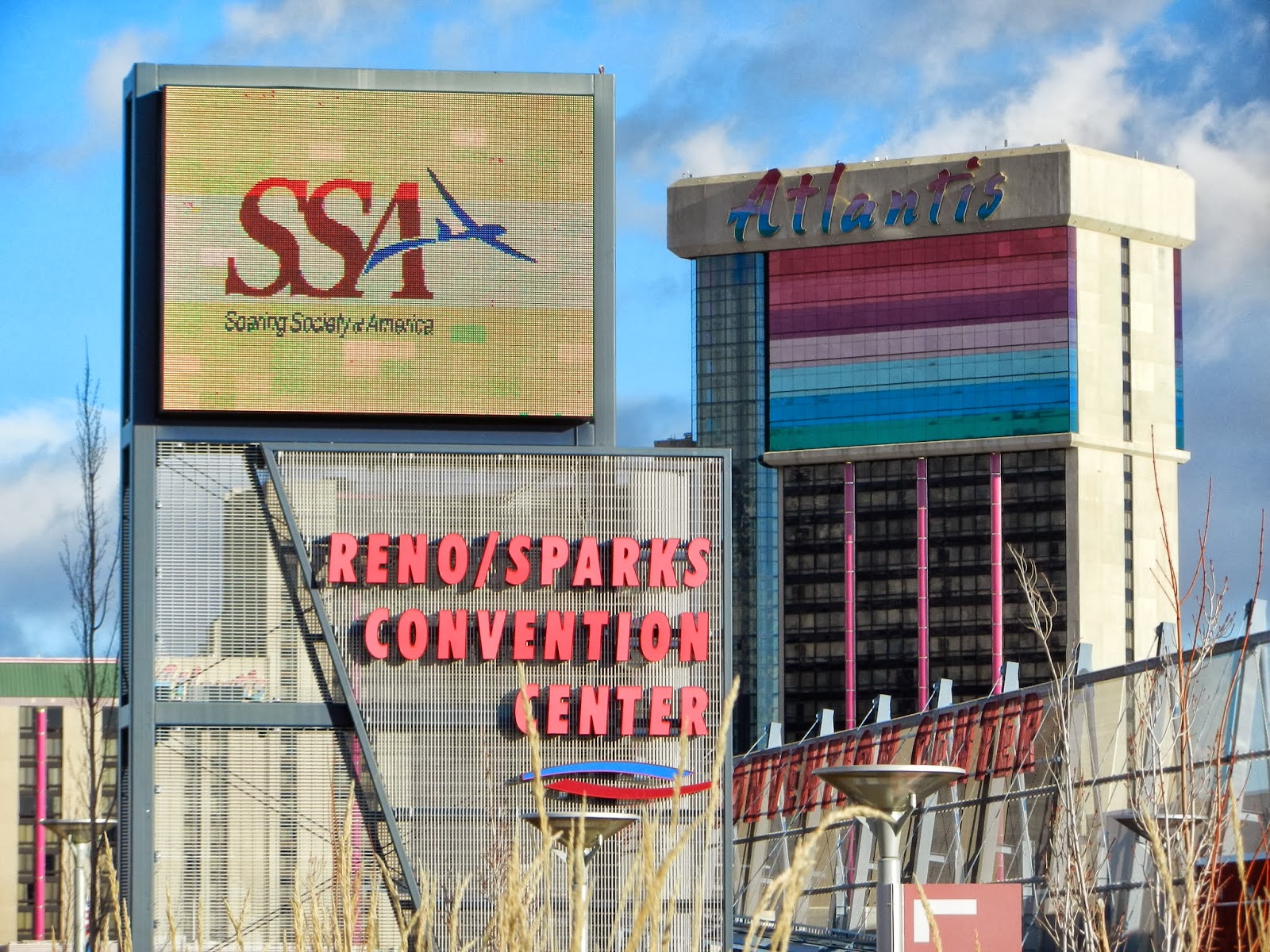 This year I decided to leave my cares behind and treat myself to the SSA convention.  The venue was the Reno Convention Center and Atlantis Casino Resort.  The hotel and convention center conveniently connected by an “air bridge” so guests did not have to venture into the elements transiting from the hotel to the conference and vendor displays (soaring convention/air bridge, hmmmm?).

I was pleased to be able to share the experience with several of our NCSA members and encourage all NCSA members to consider attending one of these conventions in the future.  Here is a picture of our happy group ogling the Jonker sailplane with a jet sustainer engine on Friday before the weekend crowds showed up.  This might be a nice replacement for the old Blaniks that we just retired and at only 10X the cost.

However, I was taken aback at what appeared to me as an overall sparse attendance on the first day, which was also a Thursday.  To put this into perspective the last SSA convention I attended was in 1983 in San Diego and it was standing room only. It made me wonder if our sport is really dying off as several attendees reflected the same opinion. Regardless of this the convention attendance did pick up over the three days and was a big success with several great presentations and a convention hall displaying fifteen gliders plus all the vendors I could imagine.  If only I had hit the lottery last week. 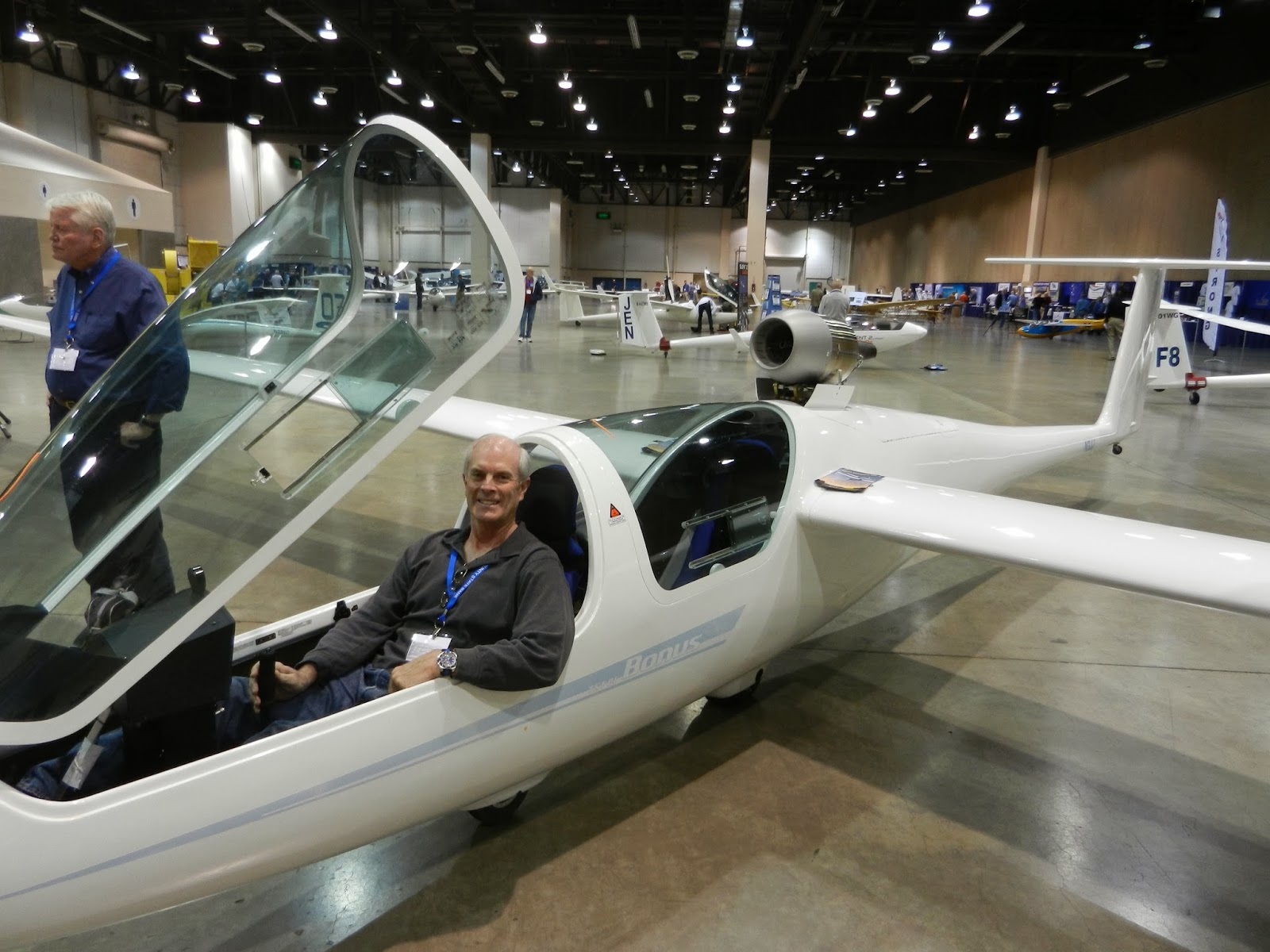 The exhibits in the convention hall included everything from tiny model RC aircraft humming overhead in the exhibit area, vintage sailplanes, modern sailplanes (including the ASH 31), a Roman’s Design winch (yes a fully assembled and functional winch), and a variety of motor gliders rounded out with two Jonker sailplanes with jet engines (one a sustainer and one on a two-seater that was powerful enough to self-launch and climb out at 1,000 fpm).  I think that this would make a nice cross-country trainer for the club.  What do you think? 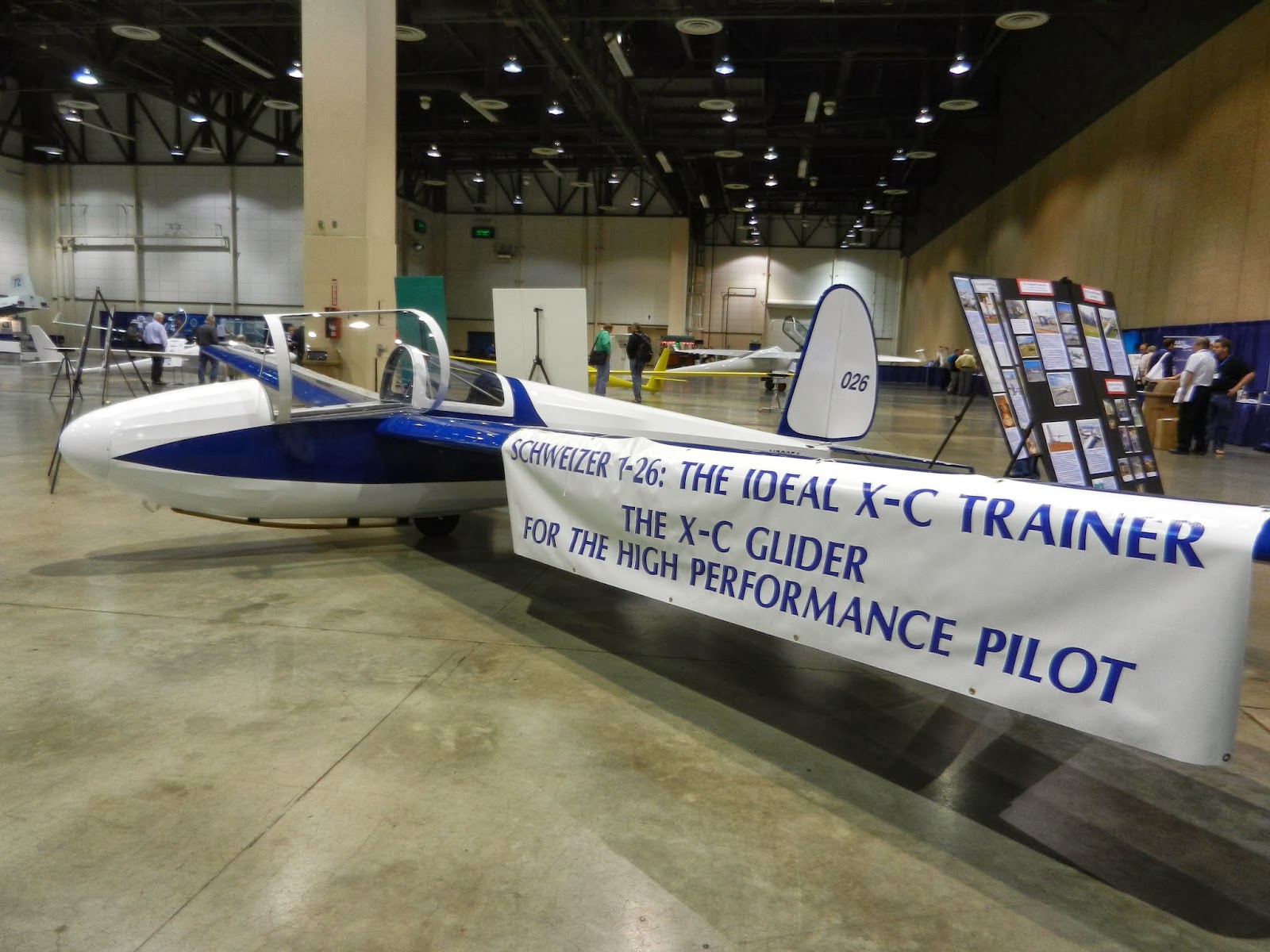 There was a full representation of supplies, electronics, parts, reading materials and two separate setups running the Condor flight simulator (one with a complete cockpit that is actually used for instruction by a CFIG at Minden).  BTW the kid greased his landing.

The seminars were quite diverse, covering safety, history and technology.  There was a big emphasis on safety and how we as pilots can be safer for ourselves as well as how we as a flying community should be striving to drive down accidents, especially fatalities.  Lots of suggestions and comments were offered at the special safety meeting that was attended by all and moderated by SSA.  There was also a presentation by the Soaring Safety Foundation in which they told us about instructional videos that they are developing.  These videos present cockpit views of every maneuver in the PTS and how to properly execute them.  Filming has completed and a link to the videos will be on the SSA website sometime this summer.  This sounds like a great resource and I am looking forward to having these available. 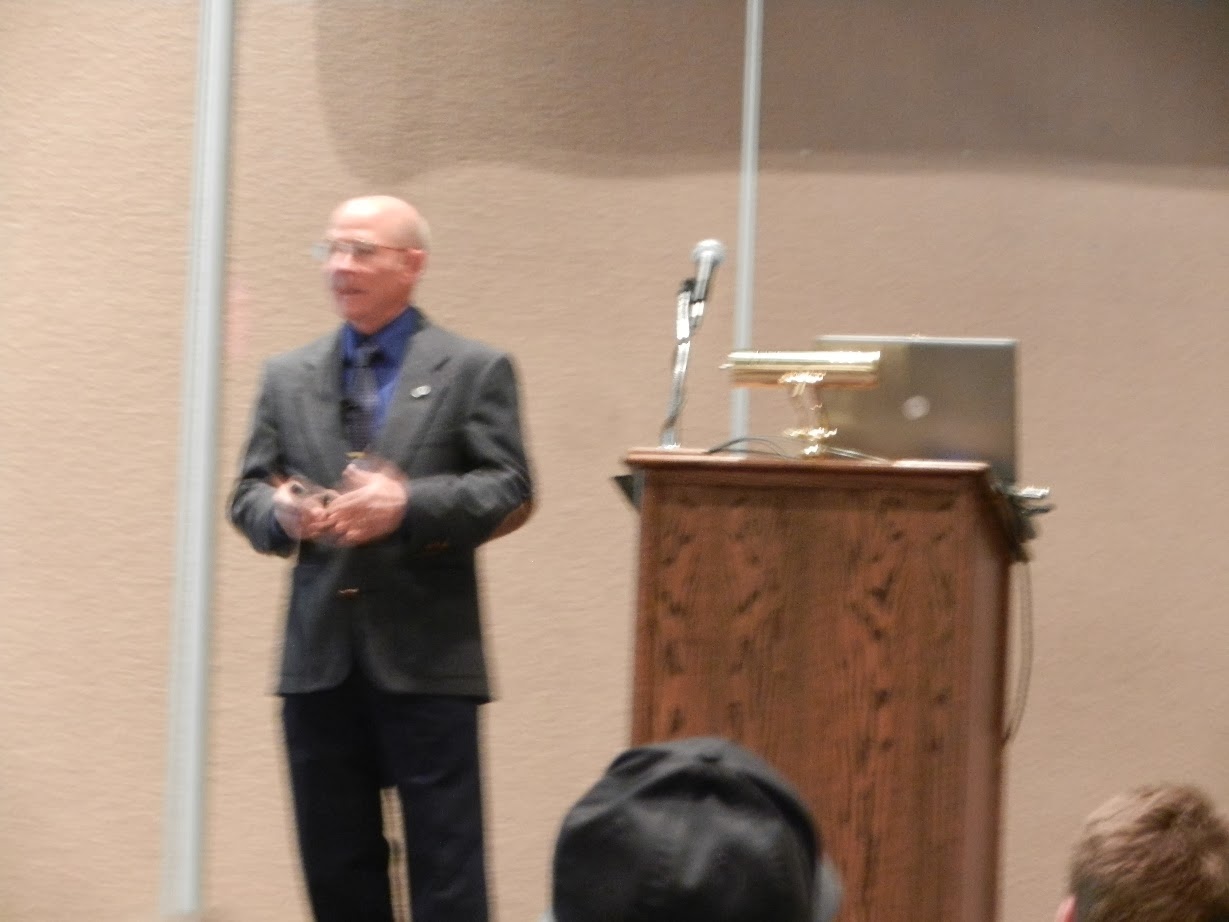 Dan Gudgel gave a talk on weather that was well attended and very informative.  Dan was also presented with an award from SSA as the top CFI in our region.  Way to go Dan!!!

I especially enjoyed the talk about the history and development of Torrey Pines and the glider movement in Germany back in the early years.  There was also a very interesting presentation about the Cloudstreet Project which was designed to develop a video that would present soaring in the majestic Western states with a goal of putting that video in half of the households in the USA.  They talked about what it took to create the video, including assembling a team of glider pilots, planning and executing tasks and shoots, and mounting and operating cameras on their aircraft.  The video will be run on PBS television by the end of this year and we will hear more about it in Soaring Magazine as its airing date approaches.  Below is a photo clip from one scene in the video that they shared with us.  The photography and soundtrack were awesome and I cannot wait to see the full production. 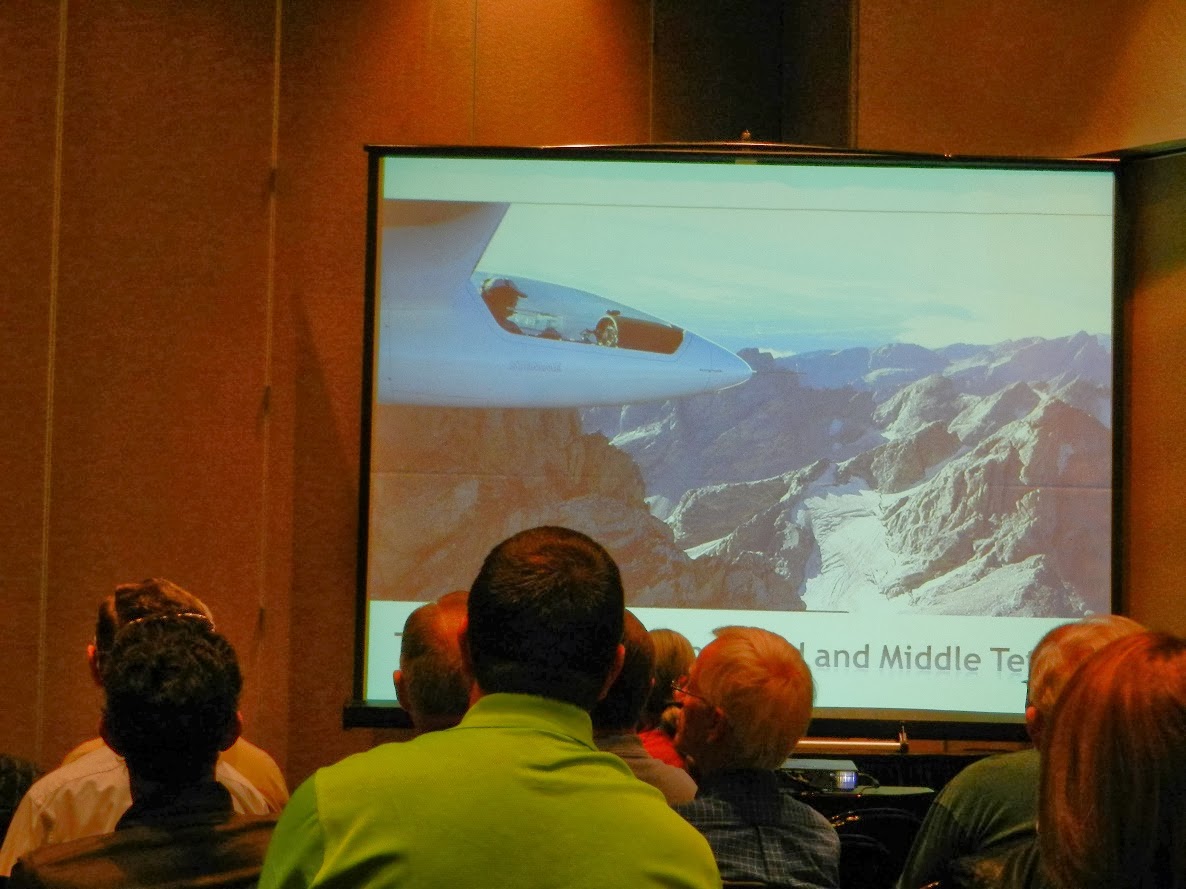 I also enjoyed the presentations on aircraft design which this session included the upcoming ASH 32.  The aircraft designers took the opportunity to take the best ideas from their latest gliders and implement new design concepts that they could only put into a totally new aircraft.  Some of what was discussed were a new wing profile for the upper and lower camber, new carbon fiber orientations in the wings to enhance both high and low speed performance, twist, and handling characteristics, high aspect tail planes, tapered coping of all junctions (wing to fuselage, wing to winglet and empennage to vertical stabilizer), roomier cockpit, newly developed variable aileron actuation mechanism which allows full deflection of ailerons even with negative flaps, and even a retractable/steerable tail wheel (that got a standing ovation when he showed us a video of it in operation).


Friday evening ended with the OSTIV awards banquet and a special presentation by Mark “Forger” Stuckey.  Mark gave us a fascinating summary of his flying career from the early days as a teenager convincing his father to buy him a hang glider on through his varied military career, which included things like breaking a speed record by flying the SR-71 up to Mach 3.27 and logging 5 hours flight time being towed (yup, on a tow rope with a tow release and weak link in the line) in an F-106 fighter behind a C-141 cargo jet.  All this ultimately led to his selection as the project pilot for Scaled Composites on the White Knight Two and Space Ship Two.  His stories and pictures of him flying everything under the sun amazed us all.

Saturday we were treated to a presentation on contest flying tactics and strategy from Arne Boye-Moller.  He told us that the last time he gave this presentation he delivered it in Dutch and the slides had English sub-titles.  He graciously spoke English this time.  Though I am not a contest pilot I could appreciate some of his pointers as they would relate to my humble attempts to stay aloft within glide of the airfield.

Another interesting talk was given by Stephen Dee about the regulations and requirements for flying gliders with self-launching and sustainer capabilities.  Of note was some data from him that 80%-90% of gliders coming off the line from the major manufacturers are being built with self-launch or sustainer engines.  That I found surprising.


I’m sure you read about, or watched on-line as it unfolded, the recent US National Free Distance record from Minden Nevada to Casper Wyoming set just two weeks ago on February 17th by Gordon Boettger and Hugh Bennett.  The distance of their flight was limited only by the available daylight.  Well Kempton Izuno was kind enough to hand over his presentation slot to Gordo, Hugh and their ground support and meteorologist friend Walt Rogers could share their story with us first-hand.  The house was packed and oh what a treat it was. 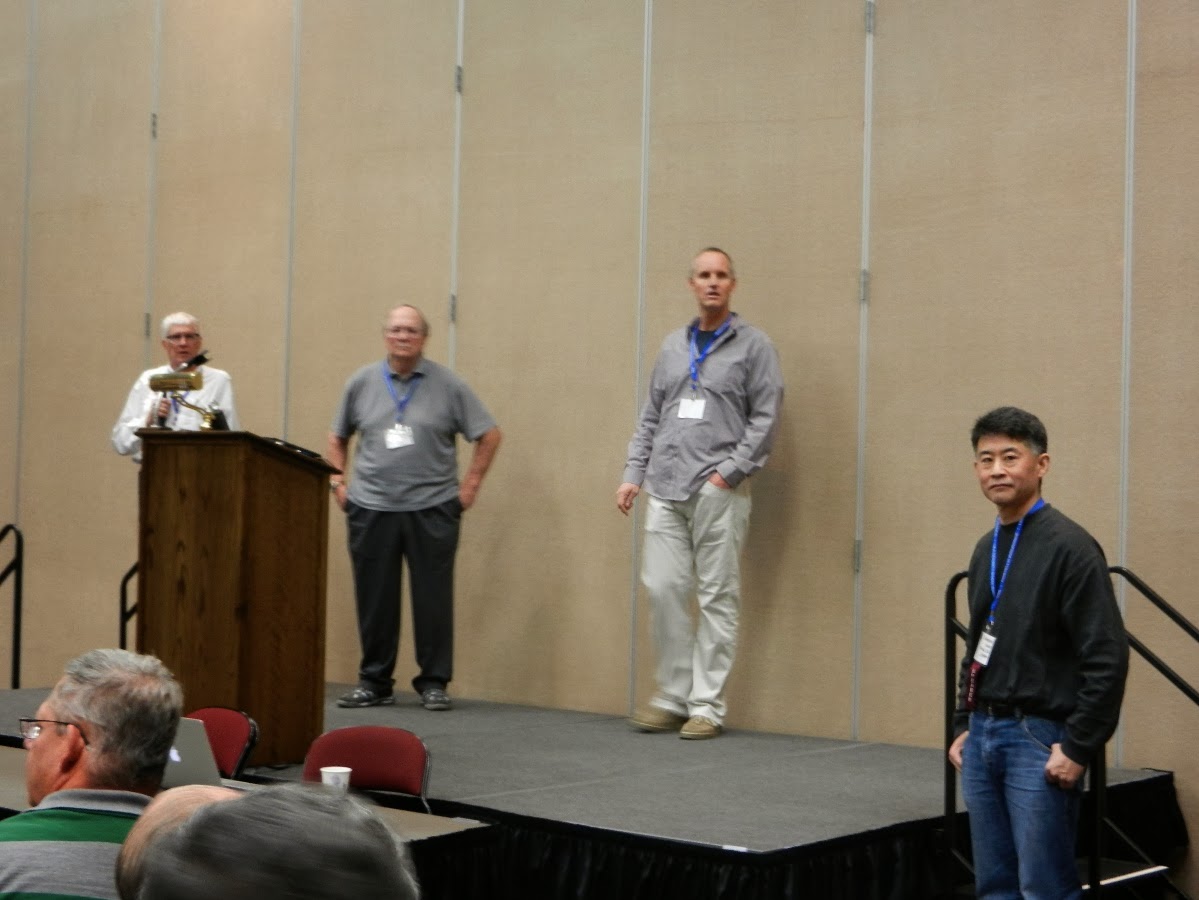 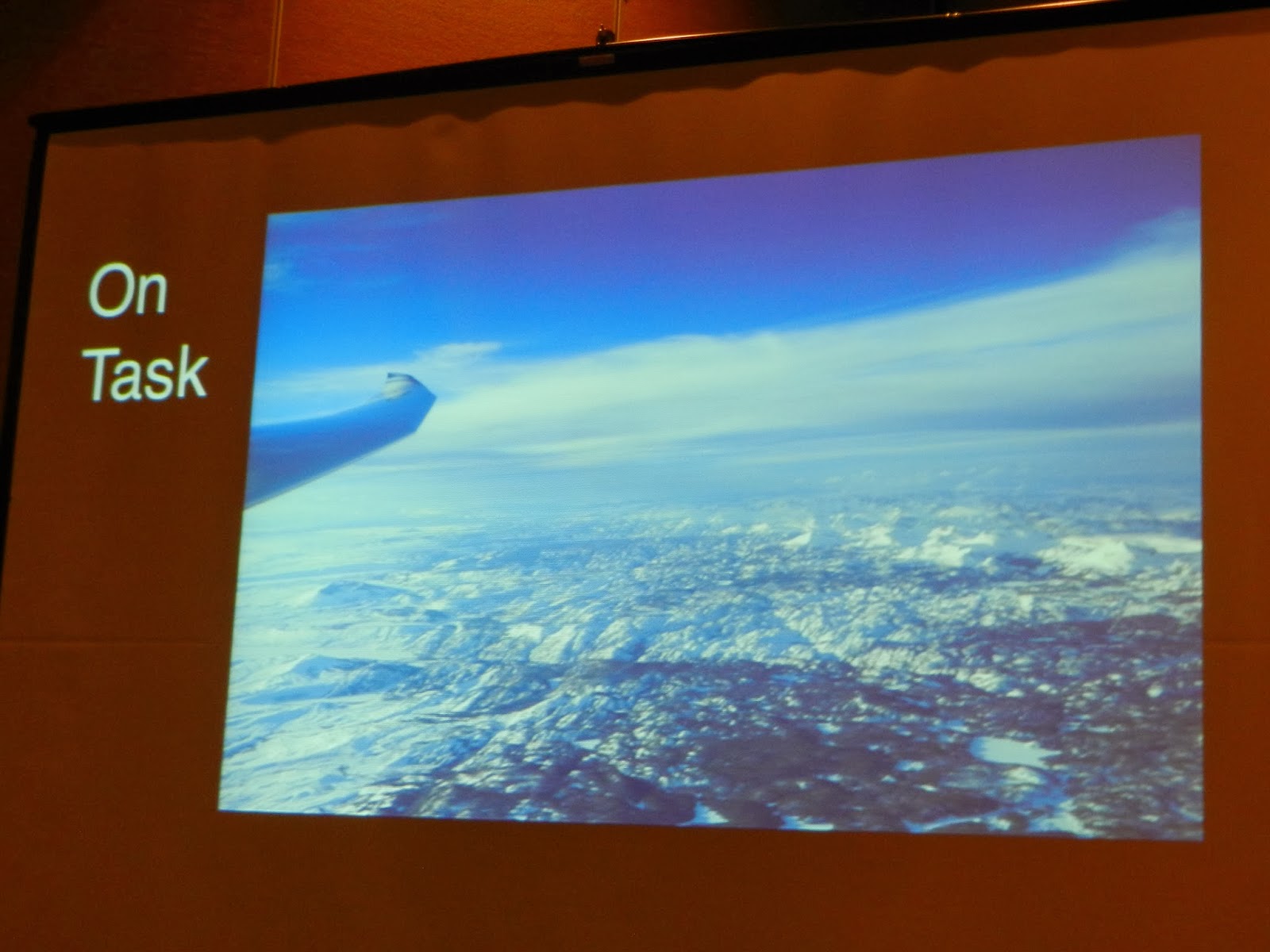 The three of them tag-teamed to gave us a blow-by-blow including planning, preparation, weather forecasting, weather on course, flight execution and decision making.  We marveled as they told us how they pulled this off and anecdotes such as when they were at 25,000’ over an unlandable stretch of high mountains and their mode C altitude encoder died.  ATC told them to descend immediately to below 18,000’ and they creatively managed to “work things out”.


Their flight was made possible in part through ground support by Walt who gave them live input during the flight with regard to where the next wave bands were to be had and areas to avoid.  It was truly a joint success. 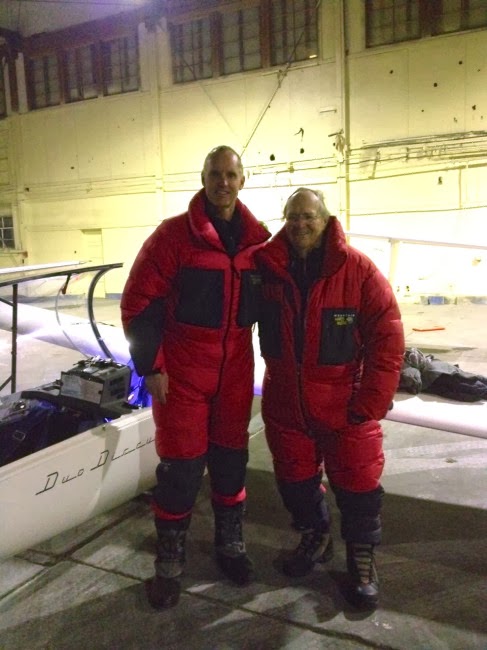 I thoroughly enjoyed the SSA conference and hope more of our membership choses to attend one in  the future.