Mike Voie gets the Bronze! 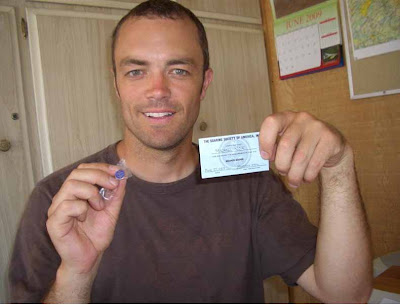 Congratulations to Mike Voie, who completed the requirements for and received his Bronze Badge on June 27th. Well done Mike!

Mike is achieving some milestones in reverse - He was awarded his Silver Badge last summer! He finally managed to take his Bronze written exam on May 31st - this year.

as Morteza wrote:
> What do you mean bronze? This dude is doing 200-300km flights on marginal days. He should be getting his gold ;-)>

He will get his gold and more very soon.... First he needs to write up his experiences during the Air Sailing Cross-Country camp. 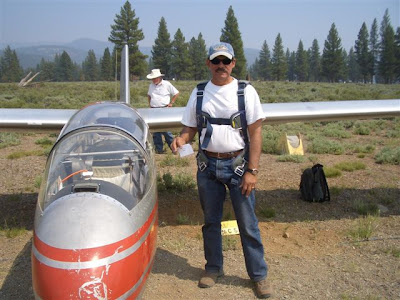 Sal had not flown power for a long time and it took him longer to earn this glider rating than he had thought. He did not give up, he persisted and kept his eye on his goal, and - in addition to his instructional flights in Byron - he participated in last summer's Soar Truckee Thermal Camp - together with Len Edmondson and Mark Violet (see photos below) organized by Richard Pearl.

Sal flew with most of the NCSA club instructors, - Boris Deianov, Rolf Peterson, Richard Pearl, Mike Schneider, Monique Weil and the late Dave Cunningham. Thanks to Mike Schneider, who shepherded Sal through the final part of his preparation for the Private Glider Checkride, and to Dan Gudgel our Examiner Designee, who came from Monterey on Saturday at 6PM to finish the Practical Test. 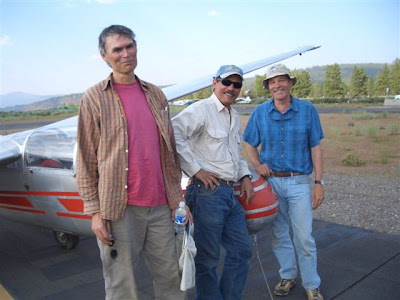 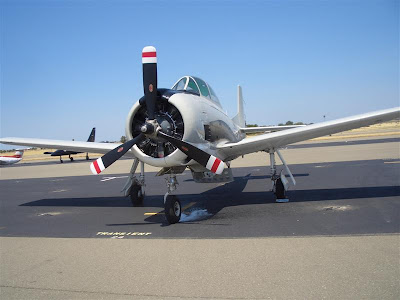 We had an interesting situation yesterday at Byron.

I was the tow pilot and was positioned on the runway 30. The glider was already hooked and the rope was tight. I was just looking at the panel, to verify oil temp and pressure and waiting for the glider call to start rolling. Instead of the usual "rope is tight ..." call, I heard "16Y, do you see the airplane of the runway?". I looked up and didn't see anything, the airplane nose partially obstructs the view ahead. I looked to the side and this is when I saw an airplane rolling on runway 12 towards us. It was a warbird (not sure exactly what it was) (T-28B, ed.) and I noticed the propeller was not turning (he was close enough to see that!), he was decelerating and moving to the right side of the runway.

I remained in position until the airplane stopped on the side of the runway, maybe 50 feet from us. After the initial shock, I realized there was more than enough room to start the takeoff roll and the glider announced they also were ready to do it. Since this is was clearly the fastest way to get out of the runway, I decided to take off and the rest was uneventful.

It turns out that the warbird had an engine seizure at 6,000 feet, about 6 miles from Byron and he elected to land there. During the emergency, he didn't have the time to fetch Byron frequency and since he was not on flight following, he didn't have ATC to ask for it either. He just broadcasted on 121.5 and landed on the first runway he saw, which happened to be 12.

I sure am happy that we didn't start the take off roll 10 seconds earlier.

Note to self: verify that there is nothing on the runway right before starting the takeoff roll, by looking not only over but also to the side of the towplane cowling. Or, position the towplane slightly to the side so as to have unobstructed view of the runway ahead.