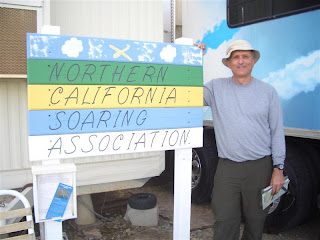 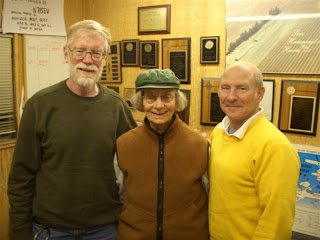 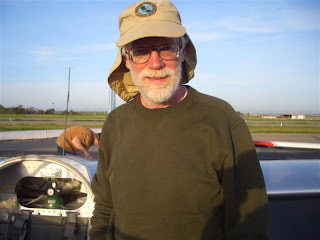 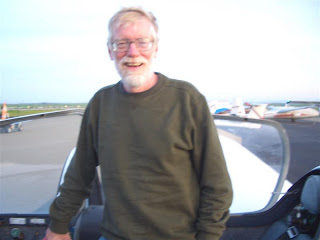 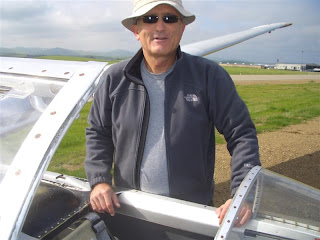 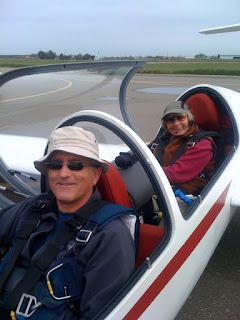 Larry Suter recently completed his CFI-G in Byron and has already
started instructing. He passed his Commercial Glider rating last
September in Air Sailing in a SGS 2-33.

Larry is an active, long time member of NCSA and acts as club secretary
on the Board. He is an active cross-country pilot, flying his 1-36
(purchased in 2008)-over 2,000 miles in 2009 with a flight out of Bishop
over 300 km. He received the "most improved pilot of the year 2008 (or
was it 2007?). He is also an active power pilot with Attitude aviation.
He recently purchased a DG 300 but may not have flown it yet - tow plane
problems were partly responsible. More details about Larry's bio will
be obtained when he returns from his present trip to Russia.

Paul Searles came to the NCSA and the Bay Area from Texas Soaring
Association, where he was a CFI-G and owner of a DG-300.
Prior to flying gliders he was an Air Force flight instructor and flight
examiner in C-130s. He enjoyed giving instruction in the G-103, SZD 50-3
and ASK-21 at TSA and is looking forward to helping out as an NCSA
Instructor.

The NCSA Board has just voted (by email vote) to accept Paul as club
instructor.Paul brought his DG-300 to Byron and is planning on taking it
to the Air Sailing Thermal and Cross-Country camps this summer.

.Now that NCSA has eight (8) club instructors, members will be able to
get quality instruction without the long waits and rushed briefings that
were too often the case when we only had 3, or 4 active instructors. We
hope members will come more frequently for instruction and arrive
earlier as that is the best way to make progress. It will be great when
we have access to one or two more tow planes.