Ramy CAPTURES the EGG from AIR SAILING, flying from Williams 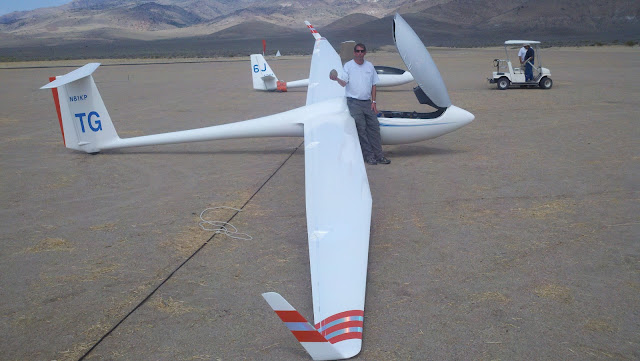 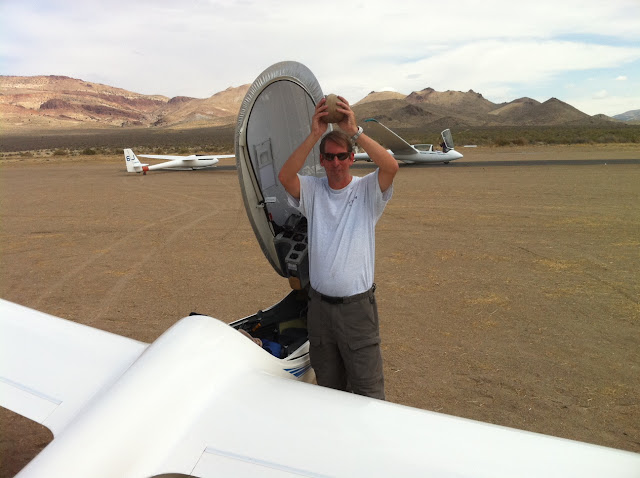 The flight from Williams to Airsailing took me first to 25 miles west of Yolla (on the Mendocinos west of Red Bluff), getting as high as 16,000 feet only 30 miles or so from the coast, then from Yolla accross the Central Valley north of Red Bluff to 20 miles or so NW of Lassen where I started climbing again, but had to struggle for a while getting as low as 2500 feet AGL before connecting with the better lift. From there went to Lassen, Lake Almanor, Susanville and  Ravendale area before landing at Airsailing.
Total OLC distance 585KM. Highest altitude over the sierra was the same as over the Mendocinos: 16K!
OLC trace: http://www.onlinecontest.org/olc-2.0...l?dsId=2124662

The next day I flew back to Williams, but not in a soaring flight. While it looked decent to the SE from Airsailing (but with relatively low bases) it was either overcast, blue or OD to the west, and bases over the crest were only 11K, just as the NAM predicted, so I figured it was not possible to make it all the way to Williams in a soaring flight. It looked bad towards Truckee as well and it looks like no much flying went there at well. As such, I took a 55 miles tow to 12K and released a little west of the crest NW of Sierra Butte, 80 miles from Williams. From there it was a dead glide all the way to Williams, over an hour with not a single climb until landing. With a slight tail wind at the beginning of the glide I achieved 50:1 glide for the first 50 miles until I started flying faster and playing around, arriving at Williams with couple of thousand feet. Since it was not a soaring flight I can't justify for myself to post it to OLC and claim any points.

Special thanks to Lee Edling, who really took care of me while at Airsailing, provided me with a trailer to spend the night and a tow back towards Williams. And many thanks to the Airsailing folks for their hospitality. The Banquet was great and the food was delicious.

Now we need to plan the next egg attack from Byron or Hollister before Lee captures it from Williams again :-)

Ramy the eggnapper
_Plenty of delicious food. We can definitely learn from them how a banquet should be..._,_._,___
No comments:

Mike Mayo shows how FAA WINGS flights can be soaring fun, with over a dozen required tasks slipped in

Yes, I did have a pleasant "Wings" flight with Monique in KP. It would
have been nice to get the trace and post on OLC. Maybe next time. It
is the same equipment as I used in 5H but that was a long ago now. It
was a Friday, we took off just before 3pm and just before the tow pilot
stopped for the day. No possibility of a relight and it was just
beginning to be soarable. After what seemed like a lot of work we got
to the Pine Nuts and made our way to Mt. Patterson and then back to some
way across Lake Tahoe with "final glide" to Truckee. Landed back at
Minden after nearly 3 hours.

Two years ago I also had a fine flight with Monique for "Wings". That
time it was even harder getting to the Pine Nuts but was rewarded with
wave to 18K eventually. The same wave gave us more than 2000 ft/min
climb to 14Kft in the Long-EZ on the way home to Palo Alto.

My most memorable "Wings" flight was with Dave Cunningham in 81C out of
Truckee. We went to Susanville and back, quite easily, after deciding
at Spooner that the glide angle would not get us to the big clouds at
Freel Peak. Returning from Susanville we were dodging spectacular
overdevelopment. All very pretty.

Bob Semans has a flight of extremes in KP at Minden

A week ago today, I had a flight of extremes in KP.   Take off around 12:30 proved to be too early for a release over the Johnson Lane sand pits.   Down to pattern entry altitude, it seemed to take a half hour of sweating to get back up to release altitude of 6,500 feet.  Finally, my passenger spotted two hawks circling nearby north of Starbucks (stayed with them for three turns) and got high enough to get to the first ridge NE of the sand pit.  There under building Cu a strong thermal got stronger, eventually yielding 13+ knots on the averager for several circles.   So, famine ... then feast!   Went East to the Pine Nuts easily and eventually reached 15k near Mineral Peak with Cu circling the whole Carson Valley.  >From there it was straight flying down the Pine Nuts to Leviathan Peak, Markleeville, Freel Peak and up the Carson Range to Marlette Lake ... the Grand Tour with no circling!
My passenger was Mike Wojcik, an ex F-111 pilot, who had never flown in a glider.  He is the USAF Liaison Officer for the CAP Nevada Wing who had come to "inspect" KP as a requirement for me to use a non-CAP glider to give CAP cadets their USAF paid glider orientation rides.  After I return in early October from a trip East, Mike will fly down to Byron to do his inspection of 81C and FB so they will also be approved for me to fly cadets.   I hope to fly a few cadets in October and through the winter.
On this flight, I flew with my own Cambridge Model 20 flight recorder and posted the flight to OLC.   http://www.onlinecontest.org/olc-2.0/gliding/flightinfo.html?flightId=1198649639    As my summer home is near MEV, it's easy for me to fly KP during the week so to avoid the members who come to Minden to fly KP on the weekend.
BTW, I brought my Ventus to Byron and look forward to getting an introduction to flying in Tiger County this fall from those who have been making nice flights there.   During the years I flew at Hummingbird, I never got South into the mountains ... but then, in those days I was flying 1-26s.
Bob Semans  "SE"